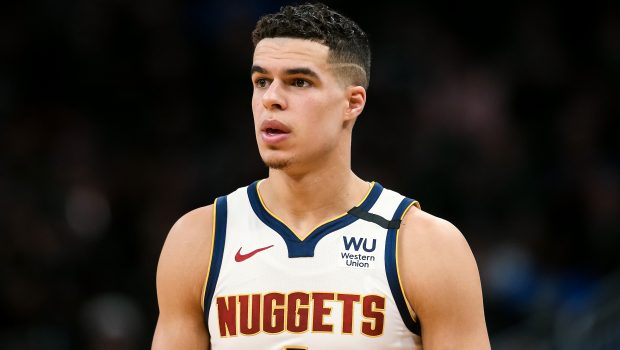 Talk about dumb and dumber!

During a Q&A session on Snapchat on Tuesday from within the NBA’s bubble, Denver Nuggets forward Michael Porter Jr. said he thinks the COVID-19 pandemic is “being used for population control” and went on to say he’s never been vaccinated.

“Personally I think the coronavirus is being used obviously for a bigger agenda,” the 22-year-old said. “It’s being used for population control in just terms of being able to control the masses of people. I mean because of the virus the whole world is being controlled.”

Porter’s claim about not being vaccinated is a little curious as he attended a college, the University of Missouri, that requires students born after 1956 to “comply with the two-dose MMR Immunization Policy.”

Despite that, Porter said he’s never even had a shot.

“I’ve never been vaccinated in my life. I’ve never had any shots or anything like that,” Porter said. “So it could get crazy. But it’s definitely behind everything that’s going on right now and all you could do is sit back and watch what’s going on. Don’t get too emotionally involved. But yeah, I mean it is a serious thing. It is a real thing. But yes, it is being overblown.”

Nuggets coach Mike Malone said yesterday the team had talked to Porter about his comments but also expressed that Denver’s players are allowed to say what they want and that he is not “the thought police.”

“I know that Tim Connelly, our front office, has talked to Michael about his comments long before I realized what was said,” Malone said. “So it has been [discussed with] him; he understands the situation. Once again, we as an organization, I’m not going to put a muzzle on anybody. If somebody has a strong belief on something, they have the platform and freedom to use that. We will just try to educate guys so that they understand the impact of what they may be saying.”

Drafted with the 14th pick in the 2018 draft, Porter missed every game in what should have been his rookie season due to a back injury.

The young forward has averaged 7.4 points and 4.1 rebounds in 14 minutes per game in 48 contests for the Nuggets this season.