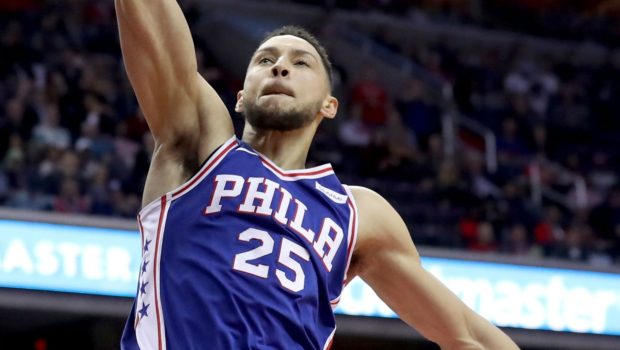 It is obvious to everyone who cares about the NBA, probably even Stevie Wonder, that the Sixers rookie phenom Benny Simmons needs to work on his shaky shot.

And now we have confirmation on this conventional wisdom from Kobe Bryant:

“Aesthetically, I would say just build that thing anew,” the Lower Merion High grad and five-time NBA champion said when asked about Simmons’ jump shot during an appearance on Fox Sports Radio.

During his exit interview yesterday, Simmons had a different take.

Asked if he has any plans to change the way he shoots, Simmons said, “I think minor things. But changing the whole shot, no. I think just working on it, adjusting to where I want the ball, loosening my shoulder up, also. Just getting shots up.”

“Obviously, I’m very good at getting to the rim and making plays,” Simmons said. “That’s what they were trying to stop me from doing, and they did a good job of doing that. That’s one of those things where you just want to improve your game and get better. Once you starting hitting the shots, they change up their defense. Everything has a counter.”

If, hypothetically speaking, Simmons makes strides as a shooter this summer, he said, “It’s going to be tough to stop me.”

“The team, we have another guy who can knock down shots and score and also a guy that can make plays. I think it’s going to be scary.”