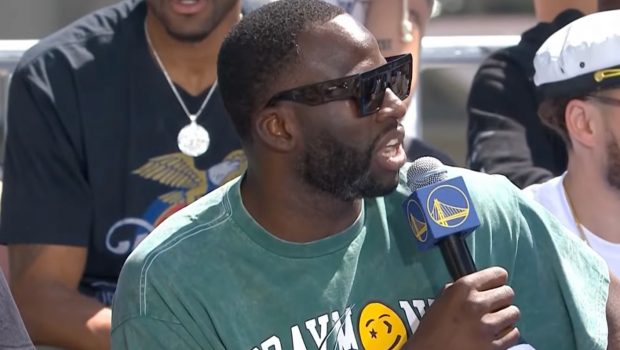 DUBS PARADING DRAYMOND: ‘THANK YOU ALL … F*** EVERYBODY ELSE’!

Draymond Green’s speech at the Warriors’ championship parade on today was memorable.

The Golden State forward concluded his turn to speak with a succinct message to Warriors fans: “Thank you all, and it’s always f–k everybody else.”

Green spoke at the parade for a couple minutes, joking that he was going to try “to think of the most controversial thing I can say — like the media” does.

"Thank you all and as always, f*** everybody else!"