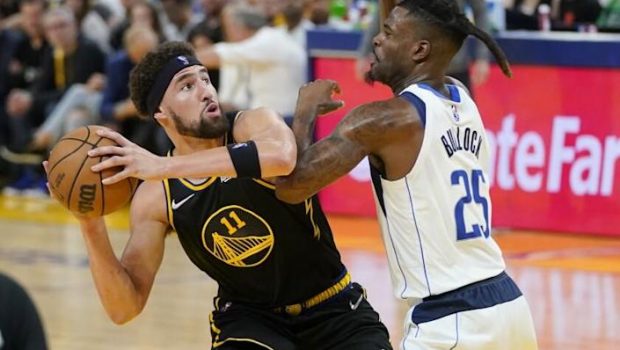 DUBS DUMP MAVS TO MAKE FINALS ON FEATS OF KLAY!

The Dubs Klay Thompson lit up the Mavs in last night’s 120-110 series-clinching win, going off for 32 points (8-of-16 from beyond the arc), three assists, two rebounds and a steal.

Never one to shy away from the bright lights, Klay will look to parlay Thursday’s success into another strong NBA Finals performance.