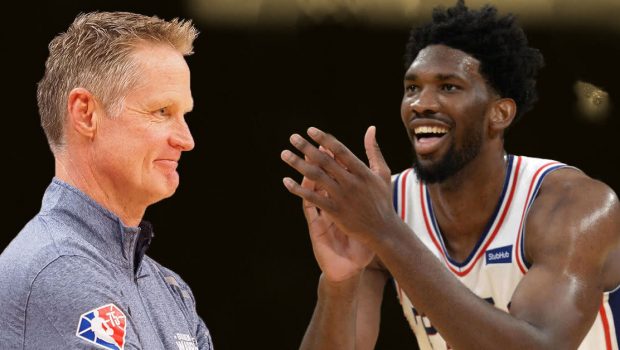 The Sixers set at 15-12, just five games back of first-place Boston in the East.

And Dubs coach Steve Kerr knows why, as he told the New York Times:

Steve Kerr, Golden State’s coach, said that Joel Embiid reminded him of some of the great centers he faced as a player in the late ’80s and through the ’90s.

The game was different back then, with less emphasis on the 3-point shot and a greater focus on big men who could dominate down low.

Physically, Embiid is a throwback to those centers of a bygone era.

At seven feet tall and 280 pounds, he can impose his will against pretty much anyone near the basket.

“But what makes him unique is he can put the ball on the floor and knock down jumpers, hit 3s — he’s such a talented guy,” Kerr said.

“You have to come in with a plan and a backup plan and try a lot of different things, because otherwise he’ll just dominate the game. And he might do that anyway.”