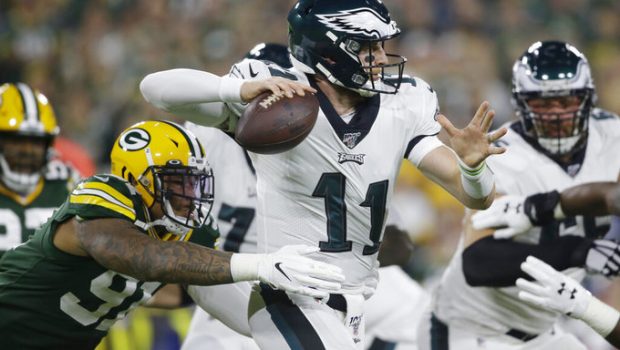 It feels like we aren’t talking enough about how good quarterback Carson Wentz has been in 2019.

Our highest graded quarterback in the league among players with at least 50 dropbacks, Wentz struggled in Week 2 against the Atlanta Falcons, but has been impressive the rest of the way.

His numbers for the year are modest, but he’s also been the unluckiest quarterback in the NFL when it comes to drops, with his receivers failing to hold onto 12 catchable passes through four weeks.