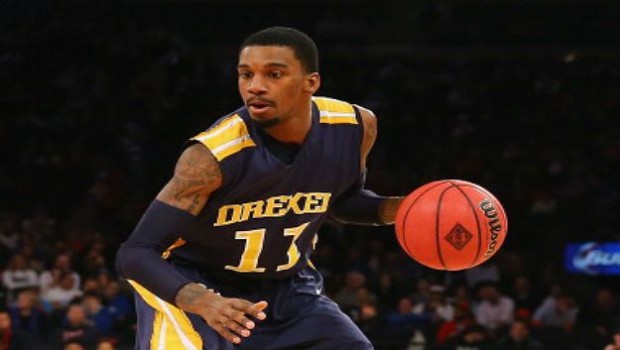 In Philly’s Big 5, any team can beat any other team on any given day — no matter what their records are.

And in the Big 5, which Drexel has made the Big 6, the Dragons had their day yesterday.

Tavon Allen (above) matched his career high with 25 points — going 3-for-3 from 3-point range — as Drexel secured its first win this season, beating La Salle 66-53.

Allen also defended La Salle’s Jordan Price, and while Price led the Explorers (4-3) with 19 points, he committed five turnovers and sat out part of the game after picking up his fourth foul. Allen went a perfect 8-for-8 at the free-throw line.

Price, who made 5 of 14 field goals and a single 3-pointer, scored 6 points as La Salle cut Drexel’s lead to 47-45, with 12:54 left to play, but the Explorers went scoreless the next five minutes and, after Johnnie Schuler sank two from the line with 8:47 to go, La Salle had another dry stretch.