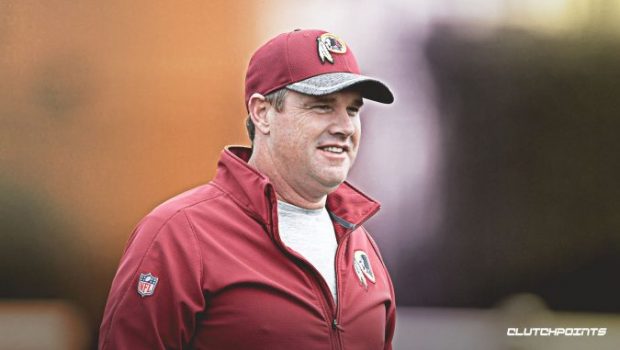 The Redskins just put their fans and their coach out of their misery:

They fired in-over-his-head Jay Gruden after falling to 0-5 with yesterday’s dreadful 33-7 loss to the Pats.

The move had been long anticipated, as it became increasingly clear that Gruden wasn’t seeing eye to eye with owner Dan Snyder and front office boss Bruce Allen.

In six seasons in Washington, Gruden only made the playoffs once, in 2015, and lost in the wild card round that year. He finishes with a record of 35-50-1, counting that one playoff game.

There’s no word yet on who will take over as the interim coach for the rest of this season, but Snyder and Allen are likely to want someone who will prioritize developing rookie quarterback Dwayne Haskins.

Gruden reportedly didn’t want to draft Haskins, and their disagreements on that put his job in jeopardy. He needed to have a good season to save his job, and this season has been anything but good.