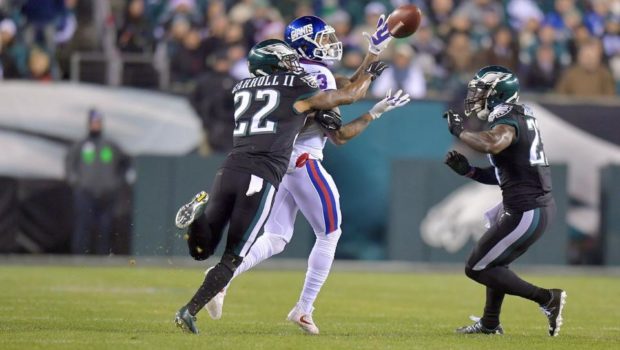 The Dallas Cowboys are poaching the Eagles’ Nolan Carroll!

They are signing the former Eagles cornerback to a three-year, $10 million deal, sources confirmed to ESPN.

Carroll, who turned 30 in January, also was a free agent before the 2016 season, signing a one-year “prove-it” deal with the Eagles while rehabbing from a fractured fibula. He wound up starting all 16 games last season.

While recovered from the injury, Carroll had an inconsistent season. He was part of an Eagles defense that yielded 57 pass plays of 20-plus yards (sixth highest in the NFL), and the Birds were the most giving team in the league on deep balls down both the left and right sides of the field.

A former fifth-round pick by the Miami Dolphins, the Maryland product has eight interceptions and 47 passes defensed over seven NFL seasons.