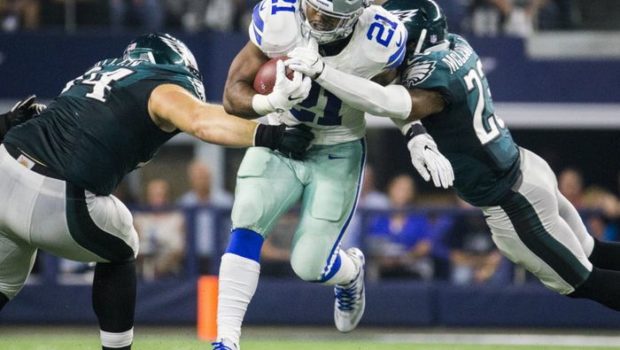 Running back Ezekiel Elliott and the Cowboys agreed to terms on a six-year, $90 million extension this morning to settle the disagreement fueling the Pro Bowler’s lengthy holdout, and he will practice today to prepare for Sunday’s game against the Giants.

With the extension, Elliott is set to become the highest-paid running back in the NFL— compensation that the league’s rushing titleholder felt he deserved after leading all backs in rushing yards per game each of his three seasons in the NFL.

The deal bests the four-year, $57.5 million contract that Todd Gurley reached with the Los Angeles Rams last July. According to reports, $50 million of Elliott’s contract is guaranteed, whereas nearly $22 million was guaranteed in Gurley’s extension.

Elliott had two years remaining but still didn’t report to camp as he tried to force the Cowboys’ hand. After not joining the team charter to Oxnard, California, Elliott went to train in Cabo San Lucas. He later returned there to train with Hall of Fame running back Marshall Faulk during his holdout but headed back to Dallas yesterday in anticipation of the extension.

“I’m operating as though right now he’s going to miss regular-season games,” Jones said from the bowels of AT&T Stadium. “My entire expectation for what we’re putting together as a team right now would anticipate, with him holding out and not having any training camp, that he’s going to miss games. I just accept that.”