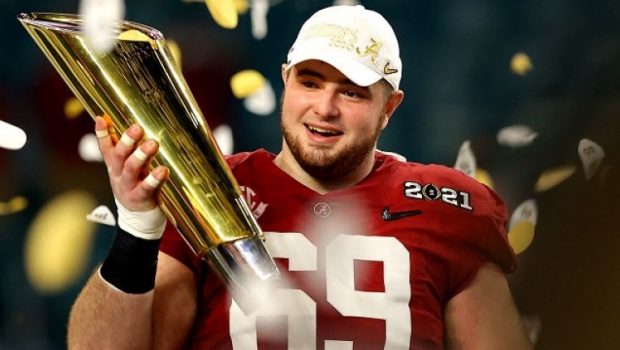 DRAFT TICKS EAGLES UP TO 25TH FROM 27TH IN NFL POWER RANKINGS!

It does seem absurd to put any weight on the nine Eagles draftees and assess their ability to improve the team.

To land Alabama stud DeVonta Smith in the first round? Beautiful.

To trade in front of the hated Giants, who also coveted the Heisman Trophy winner? Well … that’s ecstasy.

The Eagles have struggled to identify talent at wideout in recent years, but Smith profiles close to a can’t-miss, and he fills a significant area of need as the Eagles look to see what they have in second-year quarterback Jalen Hurts.

We also love the Day 2 pick of Landon Dickerson, an All-American center at Alabama who fell out of the first round because of medical red flags.

Philly is going to love Dickerson (above) if he can stay healthy. 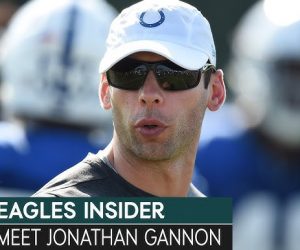