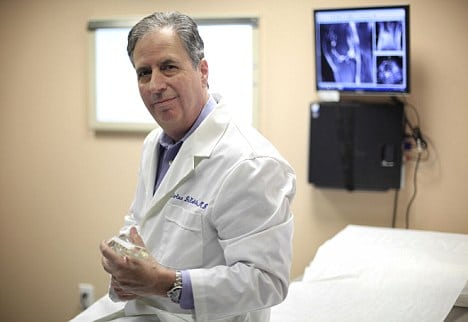 HOW DR. NICK DINUBILE BECAME A FOUNDING FATHER OF PHILLY SPORTS MEDICINE, BEFRIENDED IVERSON, ARNOLD AND A COUPLE OF PRESIDENTS, AND IN HIS SPARE TIME HELPED START PREMIER ORTHOPAEDICS!

On the face of it, the Sixers and Pennsylvania Ballet don’t seem to have much in common.

Sure, they both personify physicality, and appeal to audiences who appreciate movement, grace and athleticism.

But the folks who are attracted to ballet are quite different than the typical NBA fan.

As different as the music associated with them: Tchaikovsky and Rhianna!

It takes a rare bird to cross over from the dance to the dunk.

He grew up in South Philly, gravitated to Central High, St. Joe’s undergrad, Temple med school and then Penn for his internship and residency in orthopaedic surgery.

So he’s got three of Big Five neatly checked off.

“And I played, football, baseball and basketball when I was a kid,” he says over lunch at Ruth’s Chris at 18th and Market.

Friendship with Pat Croce led to Dr. Nick becoming the Sixers’ orthopaedic consultant for 13 years. A working relationship led to a mutual BFF:

Dr Nick is the guru of doctors.? https://t.co/BuirF4PxxR

Dr. Nick’s affiliation with the Pennsylvania Ballet was indirectly related to the company’s woeful financial situation in the early 1980s.

“They lost their insurance,” he says. “I was on call at Graduate Hospital and the dancers used to come into our clinic.”
He has been the company’s orthopaedic consultant for 35 years.

“And don’t forget,” he adds, “that the musculature of a young dancer and a young basketball player are very similar — jumping, bouncing, landing hard, pivoting all take their toll.”

Score some points for Dr. Nick.

Call it coincidence or luck, or more likely skill and talent and an entrepreneurial spirit, but Dr. Nick has been one of this region’s most prominent orthopaedic surgeons for almost four decades.

Ever since he met the legendary Dr. Joe Torg at Temple Med, which sparked his interest. Torg had been the Temple athletic orthopaedic consultant for years and then became the Sixers’ orthopod.

Philly has more medical schools than major league teams, and more orthopod specialty teams than you can shake an Achilles tendon at. Dr. Nick has been at or near the top of this crowded field since Baby Boomers were still in their 20s.

And it’s been aging Baby Boomers who have created a massive demand for the Starbucks of doctoring — Sports Medicine.

Everywhere you look, Boomers are hobbling because of arthritis, bad hips and knees, or they have an aching shoulder or tennis elbow, which is what ails Dr. Nick as he eats lunch. He’s in pretty good shape for 64, which is a great calling card for his position as chief medical officer of Premier Orthopedics & Sports Medicine Associates, one of the largest orthopod groups in the nation with locations in Chester and Delaware counties: 60 docs, more than 20 physician offices, 15 physical therapy locations and two urgent care centers.

And true to his Boomer status, Dr. Nick is also vice president of the American Academy of Anti-Aging Medicine and a big believer in slowing the aging process:

“Longevity is nothing without durability.”

Durability describes his career to a T. Along the way, he has made friends and influenced enough people with his views on sports medicine to have: Become a friend of Arnold Schwarzenegger dating back to the mid-1980s — before Arnold became the Governator — because of their mutual interest in fitness based on Dr. Nick’s series of “FrameWork” books;

Hosted a PBS series based on those books called, “Your Body’s FrameWork”;

Served as special advisor to two presidents — George H. W. Bush and George W. Bush — on matters of health and health policy, serving on the President’s Council on Physical Fitness and Sports;

Been part of the teaching faculty at Penn’s medical school and chair of the department of orthopaedic surgery at Delaware County Memorial Hospital;

Not to mention served as orthopaedic medical director for U. S. Healthcare and Aetna.

He was one of the founders of Premier in the early 2000s:

“Charlie Hummer [an orthopaedic doc in Chester] and I were talking one day, and we agreed to put our smaller groups together. And today Jeff Malumed is the president of Premier and he has led us to great success.”

So, Dr. Nick, you’ve seen it all. How has sports medicine changed in the past 35 years?

“There’s good and bad,” he points out.

“On the good side, it’s much more evidenced-based — regeneration vs. repair.

“On the bad side, there are plenty of ethical issues. When you’re paid to be the team doc, commerce can sometimes cloud your ethics.

“But the biggest difference between 1982 and 2017 is the technology — it’s amazing. And we get patients up and moving as fast as possible. If you move you heal faster.
So, of all the boys and girls, men and women he has treated for aching knees, sore shoulders and post-op trauma, who was his fave?

“Hands down, Allen Iverson,” he says, banging the table. “”I loved taking care of him. He was so small [6-0, maybe, 160 pounds, maybe] and he would get banged around a lot. So he would say to me, ‘If I play is it just going to hurt, or am I going to get hurt?’ Which is a very practical was for an athlete to look at injury.

“He wrote a passage for my ‘FrameWork’ book:

Dr. Nick came to lunch with a Bush Fitness Council button on his lapel.

But when it comes to his belief in a sound body, he is a true small D democrat. 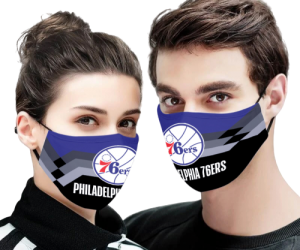 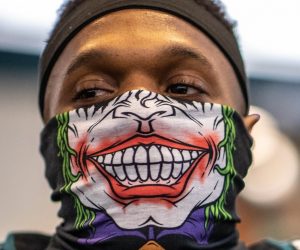 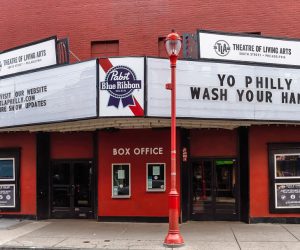