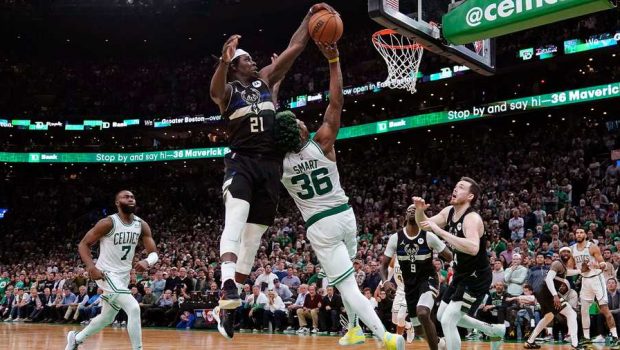 The defending NBA champion Milwaukee Bucks were thisclose a 3-2 series deficit against the Boston Celtics in an Eastern Conference semifinals series last night.

Bobby Portis’ offensive rebound and putback off a missed free throw by Giannis Antetokounmpo with 11.4 seconds left in the fourth quarter gave Milwaukee at 108-107 edge. It was Milwaukee’s first lead since the second quarter.

Bucks guard Jrue Holiday came up with the defensive plays of the game, blocking a Marcus Smart shot with 6.6 seconds remaining and stealing the ball from Smart with one second left — before Boston could attempt a potential game-tying shot.

Game 6 is Friday on ESPN. The Bucks can close out the series and advance to the conference finals for the second consecutive season.