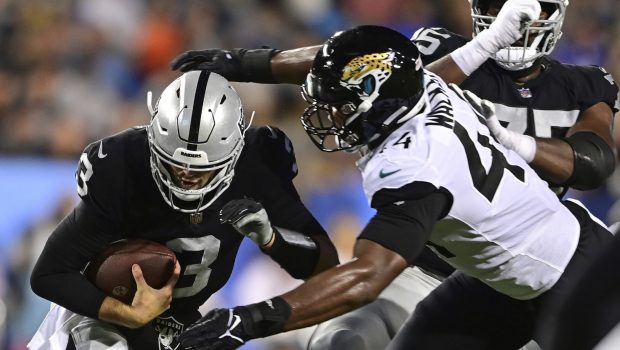 Travon Walker, the No. 1 overall pick in this year’s NFL draft, played only two series in the Jags 27-11 loss to the Raiders last night, but he recorded a sack and had another pressure in what he says was just a glimpse of what he will eventually be able to consistently do for years.