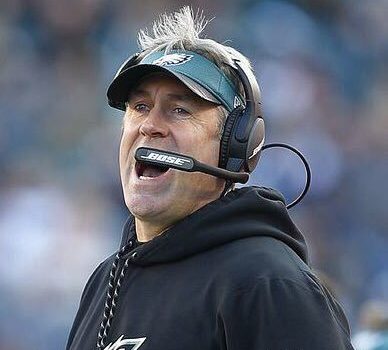 DOUG PEDERSON TANKS IT AWAY AND WFT BEATS EAGLES FOR NFC EAST!

Alex Smith threw two touchdown passes and the WFT won the NFC East with a 20-14 victory over the host Eagles in the final game of the 2020 regular season.

Washington (7-9) clinched the No. 4 seed in the NFC playoffs and will host the Tampa Bay Buccaneers in a wild-card game on Saturday night at 8:15 p.m. ET. It is Washington’s first division title and first playoff appearance since the 2015 season.

First-year Washington head coach Ron Rivera’s team is the first to make the playoffs with a sub-.500 record since Rivera’s 2014 Carolina Panthers won the NFC South at 7-8-1.

Had the Eagles (4-11-1) won, the New York Giants would have been the division champions after beating the Dallas Cowboys 23-19 earlier Sunday.

Back after missing two games with a calf injury, Smith improved to 5-1 as a starter this season as he completed 22 of 32 passes for 162 yards with two interceptions.

Rookie Jalen Hurts, in his fourth start for the Eagles, completed 7 of 20 passes for 72 yards and an interception and rushed for 34 yards and two touchdowns.

Eagles coach Doug Pederson made the Giants fans watching at home miserable with some questionable decisions in the second half.

With two minutes left in a scoreless third quarter, Philly passed up a chip-shot field goal that could have tied the game at 17-17. The Eagles opted to go for it on fourth-and-goal from the 4, but Hurts’ pass to Quez Watkins fell incomplete.

Pederson then replaced Hurts with Nate Sudfeld in the fourth quarter. Sudfeld was intercepted on his second pass, then fumbled the snap on his second series and Chase Young recovered for Washington. That set up a 42-yard field goal by Dustin Hopkins that made it 20-14 with 7:46 left.

After entering the game with zero points all season on its opening possession, Washington drove 91 yards in 15 plays and led 7-0 on Smith’s 5-yard pass to Terry McLaurin with 4:19 left in the first quarter. Hopkins’ 42-yard field goal made it 10-0 two minutes later.

The Eagles grabbed momentum and a 14-10 lead with two TD runs by Hurts in the second quarter. He scrambled right for a 6-yard score to cap a 10-play, 75-yard drive, then scrambled left for 6 yards to finish a 65-yard drive with 3:54 left in the half.

Twenty seconds before halftime, Smith found a leaping Logan Thomas in the end zone for a 13-yard touchdown to retake the lead at 17-14.