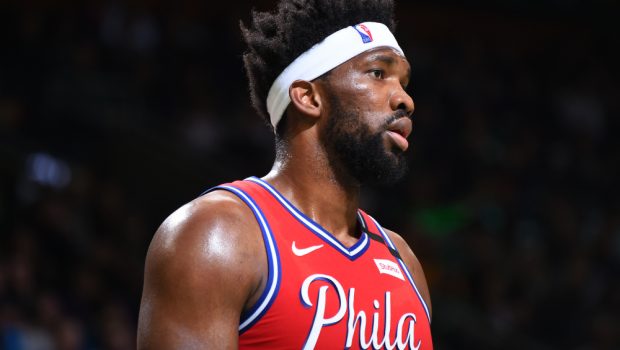 DOUBLE WIPEOUT: EMBIID (1-FOR-11) SUCKS, SO DO SIXERS IN BOSTON!

Sixers All-Star center Joel Embiid had one of the worst games of his NBA career in a 116-95 loss to the Boston Celtics.

Then he declined to talk to the media.

“I give credit to Boston’s physicality … they came at him,” Sixers coach Brett Brown said. “They came at him off the dribble. I think that they were physical with him with a crowd, and we just didn’t start well with him.”

Then he missed his final 10 shot attempts from the field — four of which came from 3-point range.

“I think it was just tough for him to get into a rhythm and get going,” Sixers forward Tobias Harris said. “We have to find a way to get him some easy ones, get him some easy baskets, get him some momentum plays. Because we know when he’s going, and he’s got the game flowing towards him, it makes us a better team, and it picks up his game a tremendous amount.”

While the Sixers have finished with the advantage in the season series with the Celtics with a 3-1 record, they are beginning to put themselves in a deep enough hole that it might not matter. The loss dropped Philly (31-19) into sixth place in the Eastern Conference standings — and, more important, a full five games in the loss column behind the second-place Toronto Raptors, and four behind the Celtics and Miami Heat in third and fourth places, respectively.