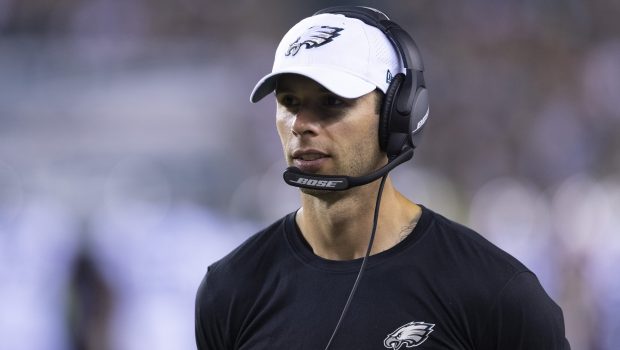 DOOR SHUTS ON EAGLES GANNON TO BE HC WITH TEXANS

Eagles D-boss Jonathan Gannon is out of the running for the Texans HC job.

ESPN’s Adam Schefter reports the Texans are “now in talks” with defensive coordinator Lovie Smith to become their next head coach.

Schefter added that the team has “have included Lovie Smith in their discussions all along, but his candidacy as head coach has gained steam in recent days.”

It’s the latest in a series of puzzling moves by the Texans.

Reports just leaked that Gannon was told he would not be hired, leaving Josh McCown and Brian Flores as the finalists.

Schefter noted that McCown is not considered ready for the job yet so Houston is down to Brian Flores, who is currently suing the NFL for racist hiring practices, and Smith, who was not even known as a candidate for the gig until today. Smith now has to be considered the favorite.