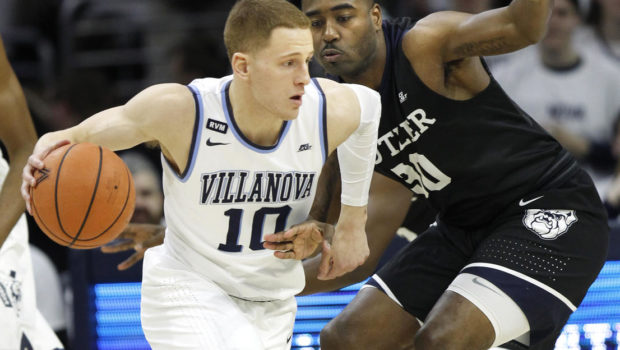 Donte DiVincenzo scored a career-high 30 points, Jalen Brunson had 27 and No. 1 Villanova bounced back from its second loss of the season, rallying past Butler 86-75 at the Wells.

Omari Spellman added 10 points and 11 rebounds for the Wildcats (23-2, 10-2 Big East), who avoided losing consecutive games for the first time since March 2013. The injury-depleted Wildcats were coming off a surprising home loss to last-place St. John’s three days earlier.

Kelan Martin scored 30 and Kamara Baldwin had 25 for Butler (17-9, 7-6), which handed Villanova its first loss of the season on Dec. 30. The Bulldogs had won three straight vs. Villanova, and looked they might continue the streak when they led by as many as 13 in the first half behind Martin’s hot hand.