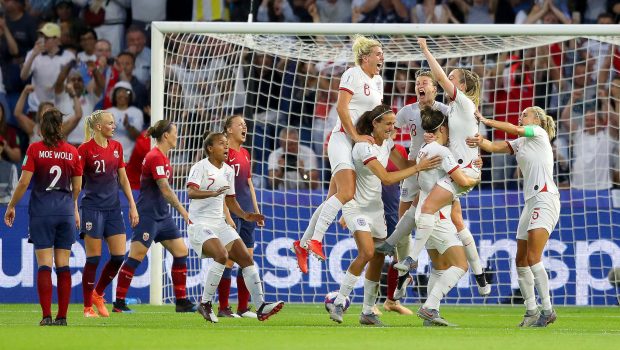 The United States had made it to the World Cup semifinals today against England, edging past France only a few minutes before.

The American team, women’s soccer’s great hegemon, had seen off the host, the team identified as the biggest threat to its hopes of retaining its world championship, the one side that has seemed, in recent years, to be a match for the Americans.

The victory was yet further proof of the tremendous psychological strength of Megan Rapinoe and her teammates, their inner resolve, their unyielding confidence. And yet it offered another lesson, too, one that — even in the hubbub of America’s celebrations — came through loud and clear.

“It is no secret we have to get better on the ball,” Rapinoe said. “Playing better with it, better offensively, better in our possession and our passing. The level is just growing every day in the women’s game. England was super-clinical the other night. So we absolutely have our work cut out for us.”

The rise of Western Europe as a force in women’s soccer has been the central theme of this World Cup.

Seven of the eight teams that reached the quarterfinals were European; three of them — England, Sweden and the Netherlands, the reigning European champion — have joined the Americans in the semifinals.

As Vivianne Miedema, the Dutch striker, said earlier in the tournament, sometimes it has felt “like a European Championship.”