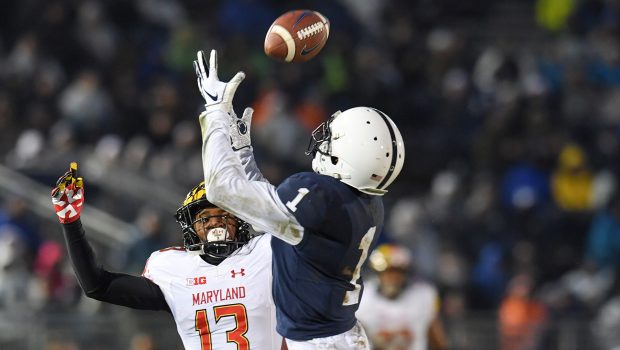 DON’T LAUGH: HERE’S HOW PENN STATE CAN MAKE THE FINAL 4!

Trace McSorley isn’t walking through that door and neither is Miles Sanders.

If Penn State is going to make it to the playoff, the offense is going to need playmakers to step up and emerge in 2019.

Wide receiver K.J. Hamler (above) has the ability to break a big play.

What the team will really need, though, is for a few running backs to emerge from the group of Ricky Slade, Journey Brown and incoming freshmen Noah Cain and Devyn Ford. Former five-star wide receiver Justin Shorter and four-star receiver Jahan Dotson will need to pitch in as well in order for the Nittany Lions to have a shot at the playoff.