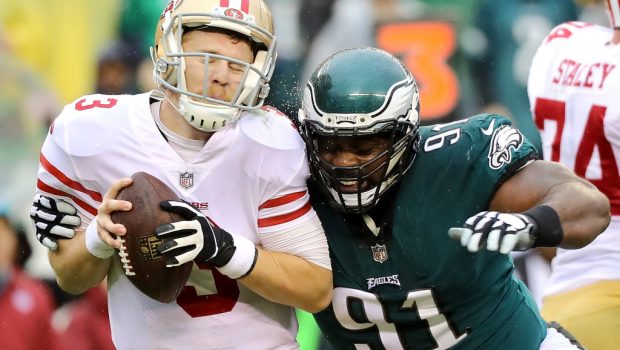 Notwithstanding their 0-2-1 record, the Eagles defense is coming off of an impressive performance against the Cincinnati Bengals in Week 3.

With an offense that’s decimated with injuries, the pressure is on the Birds’ defensive line to limit San Francisco tonight.

Through the first three weeks of the season, the 49ers offensive line has allowed 26 quarterback pressures, good for 13th in the league.

They’ll face off against a pass rush that’s fifth in the league in win rate according to ESPN (51 percent), headlined by Fletcher Cox, Malik Jackson and Brandon Graham, who have already accounted for double-digit pressures through three weeks.