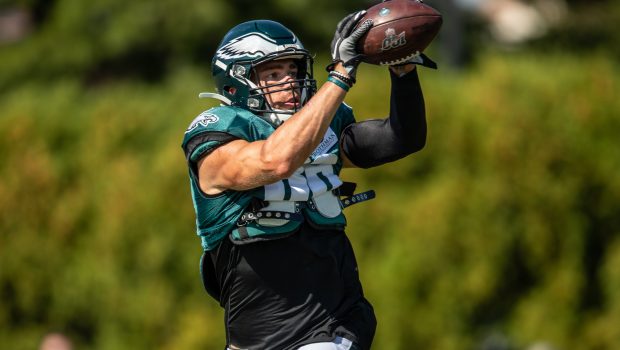 As bad as the Eagles looked yesterday in their 23-23 tie with the Bengals, which left them with an 0-2-1 record, they’re still in the race for the NFC East title!

So the Birds are only a half-game out of first.

Here’s a look at how Washington’s division foes fared in Week 3.

Not much is expected of the Giants this year, but this loss is ugly for numerous reasons. Not only did Daniel Jones look shaky once again, but this performance was essentially against San Francisco’s B-Team.

Nick Mullens started in place of Jimmy Garoppolo and there was no George Kittle or Raheem Mostert as well. The defense was without Nick Bosa, Solomon Thomas and Richard Sherman. Still, the 49ers moved the ball with ease while the Giants couldn’t do anything on either side of the ball.

It’s been a bad start to the campaign for New York, and it’s only getting worse.

The Eagles didn’t lose on Sunday, but the tie is just as bad. After an 0-2 start, this was supposed to be the “gimme game” that got Carson Wentz and company back on track.

Instead, it was a sloppy mess that showed the Eagles may just not be talented enough to compete in 2020. What made things even uglier was how the tie came to be. After doing nothing with countless opportunities in overtime, Philly set up for a 59-yard field. That was quickly wiped away by a false start, leading the Eagles to punt. From there, the tie was cemented.

Offensive lineman Jason Peters also left the game in overtime, literally adding insult to injury. The Eagles were lucky no fans were there on Sunday.

Dallas once again tried to pull off the “late-game comeback” script. It may have worked if they were playing Matt Ryan again, but Russell Wilson is a different animal.

It’s clear that Dallas probably has the most talent in the division, especially on the offensive side of the ball. Yet, holes in the defense provide a major liability. The Seahawks are one of the best teams in the NFC, so the result wasn’t as embarrassing as the other three, but a loss is a loss.

The division may be the Cowboys to lose, but through three weeks, there has been no separation.