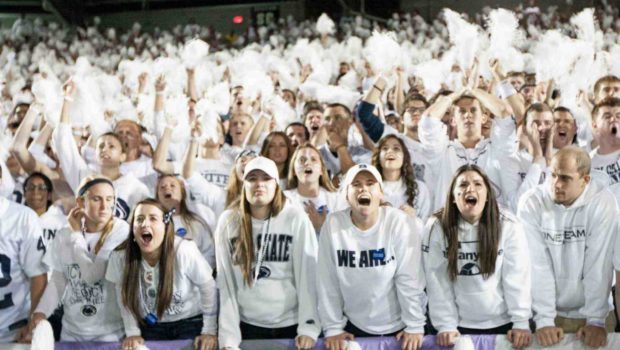 The Ivy League cancelled the 2020 football season because of the pandemic, and the Big 10 soon announced that this fall would be played with just in-conference games.

But now that COVID-19 is again on the warpath — especially through the south and the southwest, where college football is king — don’t be surprised if more leagues realize that playing this autumn is a game too far.

When the spread of the virus put virtually all sports on hold in March, many major college football leaders viewed the prospect of playing this fall, perhaps even in full stadiums, through an optimistic lens. They had time and a financial imperative: The entire collegiate athletic system depends on the revenue generated by the sport’s lucrative television rights deals and ticket sales filling enormous on-campus stadiums.

Last Wednesday, the Ivy League declared it would suspend all sports in the fall, a warning sign that gained resonance Thursday, when the Big Ten announced it will play only conference games in 2020. Big Ten Commissioner Kevin Warren acknowledged the move may be incremental in the eventual cancellation of the season for the conference of tradition-steeped programs such as Ohio State and Michigan.

On Friday, the Pac-12 announced fall sports would be conference-only and pushing back the start of mandatory athletic activities “until a series of health and safety indicators, which have recently trended in a negative direction, provided sufficient positive data to enable a move to a second phase of return-to-play activities,” the conference said in a news release.

Other conference leaders and campus representatives soon will face the same wrenching considerations, and many have scheduled meetings to arrive at high-stakes decisions. A season without college football would have grave financial consequences. Athletic departments already have felt the financial squeeze of the coronavirus, evidenced this week by Stanford, one of the nation’s most decorated athletic departments, cutting 11 varsity sports. The loss of football revenue would exacerbate a problem that began with the cancellation of the lucrative NCAA men’s basketball tournament in March

While administrators cling to hope that they can save a teetering season, they are caught in a national crisis over which they have little control. Case counts and positive-test percentages continue to rise across the country and acutely in states such as Texas, Florida and Arizona.

“College football can’t be isolated from what’s going on as a nation as a whole,” said Johns Hopkins infectious-disease expert Amesh Adalja, a member of the NCAA’s coronavirus advisory panel. “The events of the past several weeks have really made the calculation a lot different than it was a month ago in early June, when we were thinking about what measures to put in place. It just becomes much, much more difficult when you’ve got rising outbreaks in many states.”

“As the COVID-19 pandemic continues to impact college sports nationally, the NCAA supports its members as they make important decisions based on their specific circumstances and in the best interest of college athletes’ health and well-being,” the NCAA’s statement read.

The elimination of nonconference games may help the Big Ten and Pac-12 have a season simply by shortening it. Each league could play its full schedule by starting the season as many as six weeks late, buying the conferences a little extra time. But even those most incentivized to play recognize the implications.

“Two months ago I was cautiously optimistic, but I’ve lost that,” Ohio State Athletic Director Gene Smith said on a conference call with reporters. “ … I am concerned we may not be able to play.”

Other leagues could soon follow suit. Multiple reports suggested the Atlantic Coast Conference probably will cancel nonconference games, making an exception for Notre Dame (which is independent in football but an ACC member in other sports).

The most wrenching choice may belong to the Southeastern Conference, whose football teams are embedded in the culture of and are vital economic engines for the South. Programs such as Alabama, Georgia and Louisiana State are national powerhouses and local obsessions. The conference has yet to take any steps toward reducing or canceling the season, but a spokesman said league officials will meet with campus leaders “to determine the best path forward related to the SEC fall sports.”

“We recognize the challenges ahead and know the well-being of our student-athletes, coaches, staff and fans must remain at the forefront of those decisions,” the SEC spokesman said.

College football, one of America’s most popular pursuits, is staring into the abyss. The country had many months to save this season, and now time has nearly run out.