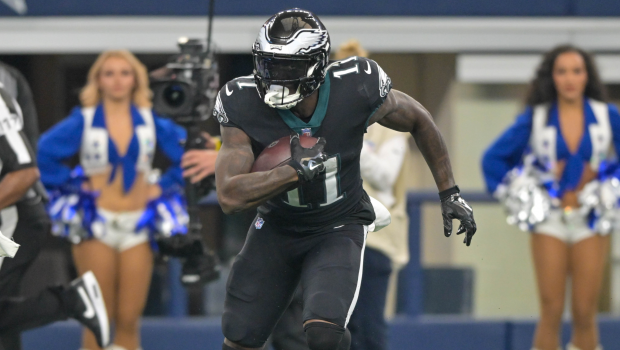 DON’T FOOL YOURSELF: THE EAGLES FUTURE IS NOW!

It’s hard for Eagles fans to look past tonight’s game against the Giants the Linc.

Even though if they win they’ll host next week’s NFC title game at the Linc.

And then, God willing, it’s on to the Super Bowl on Feb. 12 in Glendale, Arizona.

Which means that the Eagles future is now!

The Eagles could have nearly 20 free agents after this season — Jason Kelce, Brandon Graham and Fletcher Cox are in the final years of their contracts. So are safety Chauncey Gardner-Johnson, cornerback James Bradberry, defensive tackle Javon Hargrave, right guard Isaac Seumalo and running back Miles Sanders.

That includes Bradberry. He’s in his seventh NFL season, but he has played in only one playoff game. That was back in 2017, his second season with the Carolina Panthers. So don’t tell him that the Eagles could always get to the Super Bowl next year if it doesn’t happen this season.

“It’s depending on each person’s mindset and perception of everything,” Bradberry told USA Today.

“I’ve only been to the playoffs once, so I understand the importance. And also, I’m on a one-year deal, so I want to play my best in the playoffs.”

When asked about the interview process, Gannon replied: “Yeah, the New York Giants,” as in that’s what he’s focusing on.

Still, there’s a good chance Eagles coach Nick Sirianni will have to replace his coordinators, something Sirianni said he’s prepared for. It could be internal candidates such as quarterbacks coach Brian Johnson or defensive backs coach Dennard Wilson, or someone from another team.

So yes, this could be the Eagles’ best chance. And the Eagles have to look at it that way.