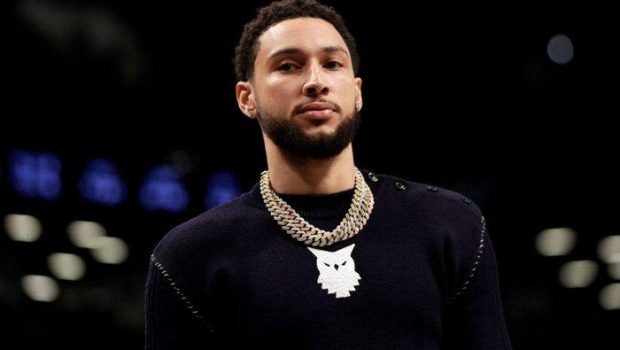 DON’T EXPECT SIMMONS TO PLAY MARCH 10 AT SIXERS: BAD BACK!

You just knew Ben Simmons would come up with a lame-ass excuse for not playing for the Nets at the Wells on March 10!

Shams Charania of The Athletic is reporting that Simmons “has been dealing with back soreness as part of his reconditioning process, requiring him to further strengthen the area over a period of time before he’s able to play as he ramps up to a return to NBA action.”

The Nets are treating Simmons’ back issue as day to day and a normal part of the recovery process, sources said, but it remains unclear when the three-time All-Star will make his season debut. Simmons has missed the first six games with his new team since the trade for James Harden due to what the team has termed “return to competition reconditioning.”

In his introductory news conference with the Nets on Feb. 14, Simmons said he hoped to be ready to play in what would be a highly anticipated return game in Philadelphia on March 10. It remains uncertain whether Simmons will clear all the hurdles necessary for his return by then, including this newly discovered back ailment as well as everything going into his return-to-play conditioning.

In regard to his mental health state, which had been cited as a reason why he could not play for Philadelphia prior to the trade, Simmons said on Feb. 14 that he was in a good place now being somewhere he can “be himself … be happy as a person.”

Simmons dealt with a back injury as recently as two seasons ago, when he was diagnosed with a nerve impingement in his lower back in February 2020.