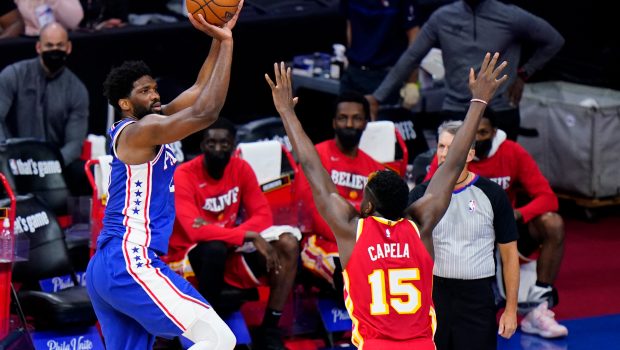 The Sixers held an 87-69 lead after the third quarter, but the Hawks outscored the Sixers, 40-19, in the fourth quarter.

Embiid had a very strong first quarter, scoring 17 points on perfect 8-for-8 shooting. He made his lone 3-point attempt, and recorded two blocks, an assist, and a block in the quarter. The Sixers took a 14-point lead (38-24) after one.

teams can only hope to contain him…

and that doesn't seem to be going well. pic.twitter.com/rWrWRfAdJR