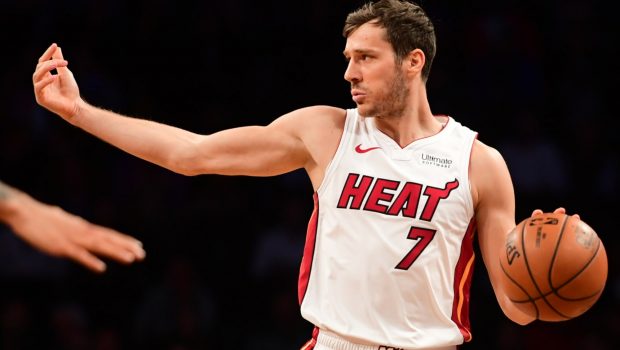 The Sixers looked great the other night, knocking off the NBA champion Milwaukee Bucks on their home court.

Joel Embiid played like the MVP that he is, and Tyrese Maxey, Tobias Harris, George Niang and even Furkan Korkmaz all scored and defended and rebounded for the win.

And James Harden joins the team next Friday in Minny, his first game as a Sixer since last week’s trade that sent Ben Simmons to the Nets.

However, the Sixers are not quite ready for the prime time of playoff competition

He said recently a buyout was “imminent” as the Sixers look to add depth at center.

They need a reliable veteran big man to spell Joel Embiid off the bench and take over Andre Drummond’s role.

It sounds like the team is only looking to make one move on the buyout market. However, it wasn’t too long ago that head coach Doc Rivers was asking for another guard. It makes sense. Another wing player on the perimeter — a valuable “3-and-D” guy with a good handle — could certainly bolster Rivers’ playoff rotation. He said it.

“We have to get another guard, we just do,” Rivers told reporters on February 8. “Even with Furk and Shake, we need a point guard. And we’re looking but they don’t grow on trees, as you know. We may do nothing, and you can only do something if there’s something there, but it’s clearly something we’re looking for. That and size.”

Here are the best players available on the buyout market, according to Heavy.com:

1. Goran Dragic (above): The hottest name on the buyout market at any position is the 35-year-old point guard who was recently waived by the San Antonio Spurs. The one-time All-Star has been linked to the Heat, Warriors, and Mavericks. The latter would pair him with fellow Slovenian Luka Doncic. Dragic is a sparkplug off the bench — a crafty ball-handler, rim attacker, playmaker, with a good mid-range jumper. He can thrive in any offense.

2. Gary Harris: Another guy sure to have his share of suitors, if the Orlando Magic wants to move on from him. He’s in the final year of a four-year deal worth $84 million. Harris is the definition of a “3-and-D” wing player with serious shooting chops: 44.9% from the field, 36.2% from three-point land for his career. He’s averaging 11.4 points in 29.4 minutes per game this season.

3. Tyreke Evans: Throwing a bit of a wild card into the mix considering Evans is coming off a two-year drug suspension. However, the 32-year-old combo guard has been reinstated and looking sharp in training sessions down in Miami. The 2010 Rookie of the Year always had a good handle, but sometimes struggled on the defensive end. He’s an interesting flier, plus it would be a heartwarming homecoming story for the Chester, PA native.

4. Dennis Schroder: According to reports, the Los Angeles Lakers offered multiple second-rounders for the veteran point guard at the deadline. No dice. He was traded to the Houston Rockets where he’s been mentoring Jalen Green and Kevin Porter Jr. The belief is that he’ll be bought out since he’s an unrestricted free agent after the season. Schroder would instantly upgrade any team, including the Sixers. He averaged 14.4 points, 3.3 rebounds, 4.2 assists on 44% shooting in 49 games for Boston.

5. D.J. Augustin: He’s the most attainable player on this list after getting waived by Houston following the trade deadline. The question is, how much does the 34-year-oldpoint guard have left in the tank? The former No. 9 pick from the 2008 draft hasn’t played since January 28 and was seeing only 15 minutes per game. Augustin can shoot, though — 38% from three for his career — and shooters are always wanted.

6. John Wall: The Rockets have been trying to trade the five-time All-Star since training camp to no avail. Why would they just give him away now? They probably wouldn’t. Remember, he is under contract through next season at $47.4 million ($44.3 million this season) so negotiating a buyout would be very difficult. The Rockets would be better suited to wait until the offseason and work on a sign-and-trade. Unless Wall wanted to forfeit a ton of money just to compete for a title. He’s by far the most talented player on this list, but Wall and Harden were a “rocky” fit when they were teammates the first time around.