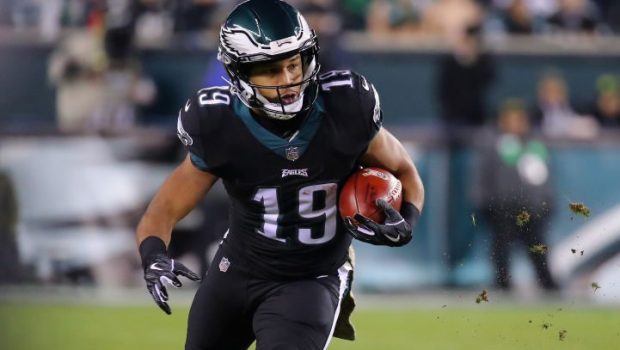 “I would love it. I would love it,” free agent Eagles wide receiver Golden Tate told a Boston radio station yesterday about joining the Pats. “That organization, they have proven to be champions year-in and year-out. They work hard for sure, but you know where you’re going to be at the end of the season: you’re going to be not only looking at the playoffs, but you’re looking at maybe a first-round bye with this team. You gotta admire that organization, they do things right, they’ve been doing it for a long, long, long time.”

“I would definitely love being a part of something like that and catch a few passes from old Tommy Boy,” Tate added. “Julian [Edelman] is a buddy of mine, I’m really good buddies with him. I’ve heard good things from Kyle Van Noy, who got traded from Detroit and went there and has just been balling out since. It’s, as I said, a great organization. I definitely would not mind going over there for sure.”

The 30-year-old Tate, who’s played with the Seahawks, Lions and Eagles, also made it clear that he’d like to add another Super Bowl ring to his collection.

He enjoyed big game glory with Seattle and clearly signing with a Patriots team that’s played in three straight Super Bowls – winning two – would give Tate another chance at a championship.

While Tate sounds open to joining the Patriots, New England certainly has a need at the wide receiver position this offseason with Edelman the only returning option under contract for 2019.