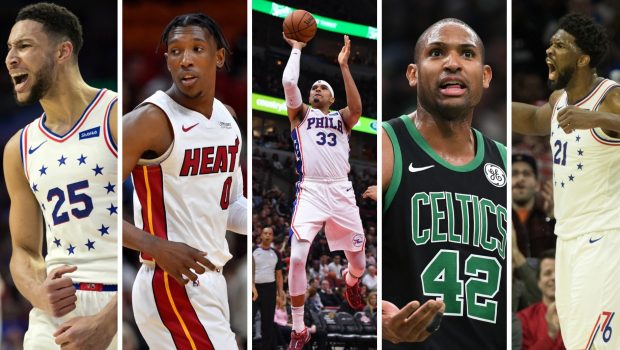 The Miami Heat have completed a four-team trade that allows them to sign All-Star guard Jimmy Butler to a four-year, $142 million contract, and results in guard Josh Richardson coming to the Sixers.

The Heat are sending center Hassan Whiteside to the Portland Trail Blazers, guard Richardson to Philly and a protected 2023 first-round pick to the Los Angeles Clippers to secure the salary-cap flexibility to complete the sign-and-trade deal with the 76ers, league sources tell ESPN.

The Blazers acquired Whiteside for forwards Meyers Leonard and Maurice Harkless, sources said. Harkless and his $11 million expiring contract are headed to the Clippers in the deal, which is the reason the Clippers were able to extract the protected 2023 first-round pick.

The Clippers still hold the max salary space to sign free agent Kawhi Leonard, who they’re pursuing. For the Clippers, Harkless represents a starting-level forward who can play with Leonard and provide depth behind him.

The Clippers already hold Miami’s 2021 first-round pick, which was acquired in the Tobias Harris trade with Philadelphia in February.