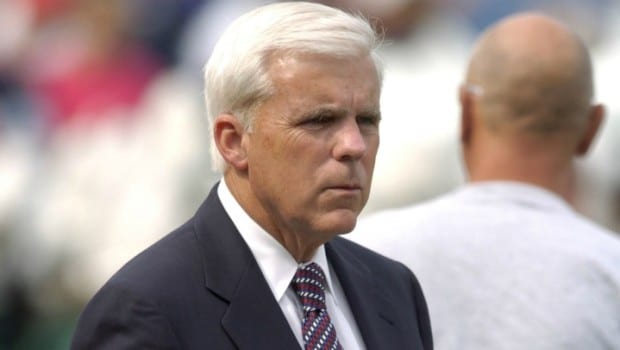 DONAHOE GIVEN REINS OF EAGLES PERSONNEL — FOR NOW

Flash back two days to Chip Kelly’s presser in which he:

Claimed he wasn’t running the football operation for the Eagles, and tried to claim that V.P. of player personnel Ed Marynowitz was.

Kelly may have succeeded in putting Marynowitz in the crosshairs.

Marynowitz also has been released by the Eagles. It’s not a surprising move; he was Kelly’s hand-picked lieutenant after Kelly won a power struggle last year with GM Howie Roseman, who is now the executive VP of football operations.

Former Steelers and Bills executive Tom Donahoe (above), a senior football advisor since 2012, will assume the role of senior director of player personnel.

But since the Rooney Rule requires a full-blown search process that requires the interview of at least one minority candidate, it’s likely that more work will be done to hire someone who will take over as the new G.M. of the team, either in title or in function.