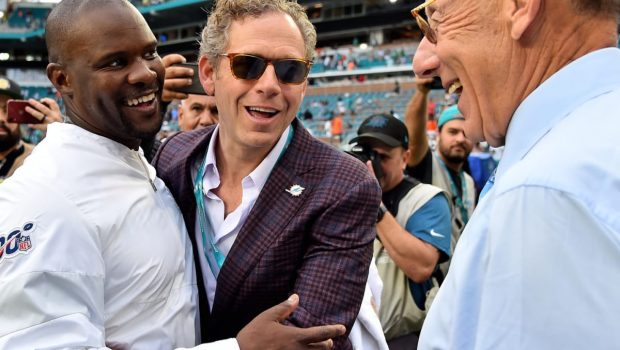 “Stephen Ross would face severe discipline, up to and including Ross losing the team by a vote of fellow owners, sources say,” is the exact wording of Rapsheet’s report.

Commissioner Roger Goodell did hint at such a fate last week, saying “if there were violations, they won’t be tolerated,” and “I do believe that clubs do have the authority to remove an owner from the league.”

We are still a long, long way off from that, of course. 81-year-old Ross has vehemently denied Flores’ allegations. Even if the league’s investigation turns up some troubling details, it might still not be enough to force a sale.

Fans need look no further than the owners’ decades of protection afforded to Washington owner Daniel Snyder. What is clear is that Ross is in no ordinary pickle.