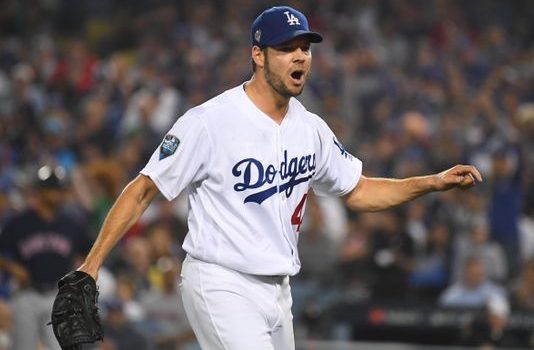 DODGERS RICH HILL SMACKS BACK AT TRUMP CRITICISM OF MANAGER!

He said President Trump should be more concerned with Saturday’s shooting rampage at a Pittsburgh synagogue rather than decisions made by Dodgers manager Dave Roberts. “There was a mass shooting yesterday,” he told reporters. “The focus, in my opinion, of the president is to be on the country, and not on moves that are made in a World Series game.”

Watching the Dodgers/Red Sox final innings. It is amazing how a manager takes out a pitcher who is loose & dominating through almost 7 innings, Rich Hill of Dodgers, and brings in nervous reliever(s) who get shellacked. 4 run lead gone. Managers do it all the time, big mistake!