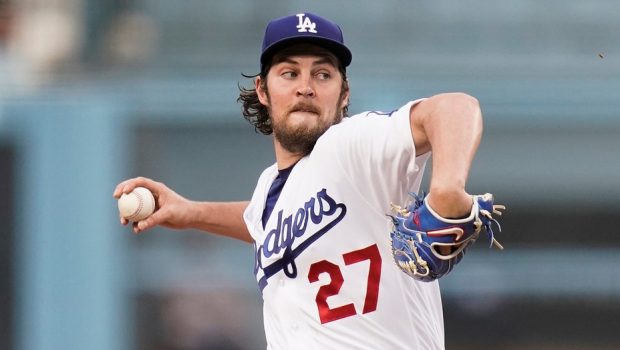 DODGERS HAVE HAD ENOUGH, PULL THE PLUG ON TREVOR BAUER!

The Dodgers could still trade Bauer over the next week.

All signs point to the team releasing him, however.

The Dodgers will owe Bauer $22.5 million, less the major league minimum if he signs elsewhere.

He was due to make $32 million this season, but that amount was reduced by a prorated amount of his 196-game suspension. Bauer will be eligible to play immediately this season.

The following day, a then-27-year-old San Diego woman filed a request for a domestic violence restraining order (DVRO) in which she alleged that Bauer assaulted her over the course of two sexual encounters at his home in Pasadena, California, in April and May, prompting a prolonged MLB investigation that left Bauer on administrative leave for the remainder of that season.

Bauer, who has denied wrongdoing at every turn, claimed two legal victories in the aftermath, first when an L.A. judge dismissed the woman’s request for a permanent restraining order in August 2021 and then when the L.A. District Attorney’s Office declined to file criminal charges in February 2022. But two other women made similar allegations to The Washington Post. And Manfred, who has the autonomy to suspend players even if they are not charged with a crime, announced a 324-game suspension for Bauer near the end of April, twice longer than the previous longest penalty under the domestic violence policy.

“The Dodgers organization believes that allegations of sexual assault or domestic violence should be thoroughly investigated, with due process given to the accused,’’ the Dodgers said in a statement.

“From the beginning, we have fully cooperated with Major League Baseball’s investigation and strictly followed the process stipulated under MLB’s Joint Domestic Violence, Sexual Assault and Child Abuse Policy. Two extensive reviews of all the available evidence in this case – one by Commissioner (Rob) Manfred and another by a neutral arbitrator – concluded that Mr. Bauer’s actions warranted the longest ever active player suspension in our sport for violations of this policy.

“Now that this process has been completed, and after careful consideration, we have decided that he will no longer be part of our organization.’’