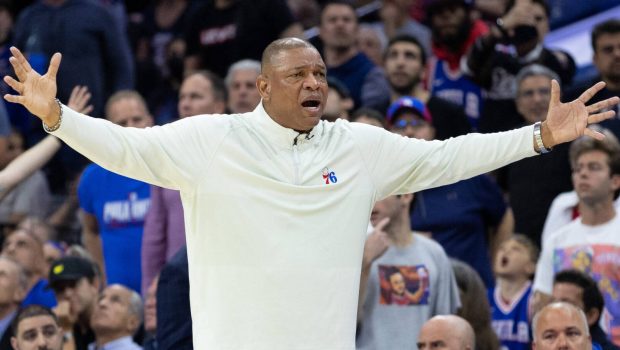 DOC’S PROUD OF JOB HE DID, PISSES ON BLOWHARD ESKIN AGAIN!

Sixers coach Doc Rivers did a good job, especially considering he didn’t have a point guard for the first 54 games of the season because crybaby Ben Simmons wouldn’t play for his $29 million pay.

And he had to deal with COVID, injuries and a thin roster, especially on the bench.

So, after Philly got bounced last night from the playoffs, and Mr. Stupid Howard Eskin asked him about his job security, Rivers let Eskin have it:

It's already getting spicy in Philly.pic.twitter.com/PSPJv83LH6