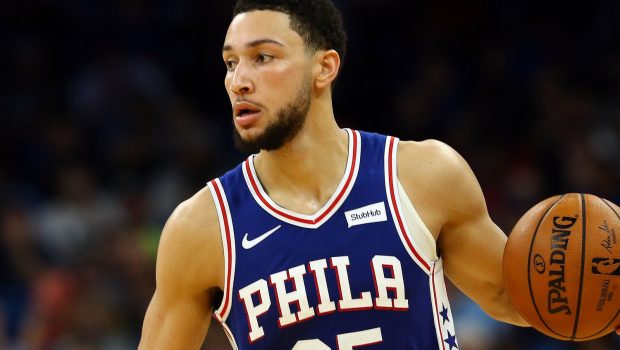 DOC THROWS SIMMONS OUT OF PRACTICE, SUSPENDED FOR OPENER!

The Sixers have suspended Ben Simmons for one game for conduct detrimental to the team.

Simmons will serve the suspension Wednesday for the season opener against the New Orleans Pelicans.

The three-time All-Star guard was a holdout in training camp in the wake of his offseason trade demand. He reported last week and practiced Sunday and yesterday with the Sixers.

He had been scheduled to talk to the media today.

“I thought he was a distraction today. I didn’t think he wanted to do what everyone else was doing,” Rivers told reporters after practice. “At the end of the day, as a coach, I had to protect the team. The team [comes] first, and then we get to the other part. So today, I thought it was more important to focus on the team.

“There’s no reality. This is sports.”

When asked if Simmons wants to be with the team, Rivers said:

“Today, not, obviously — we told him to go home. But hopefully, at some point, yeah.”

Simmons’ reluctance to physically and mentally engage with the Sixers since his return has been a consistent theme, sources tell ESPN. https://t.co/bG1Cs2EuZ4

Ben Simmons has been suspended one game ? pic.twitter.com/ykGXNXg8gh