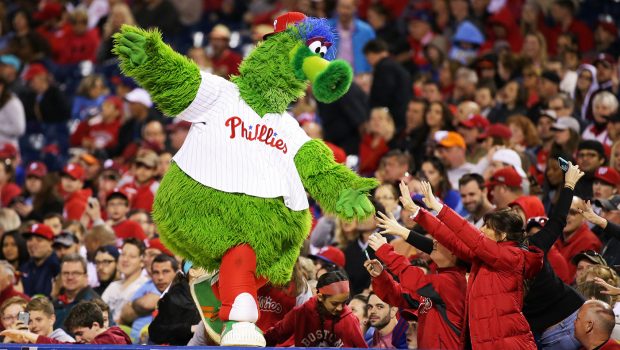 The long nightmarish legal battle between the Phillies and the creators of the Phillie Phanatic grinds on.

Harrison/Erickson (also known as H/E) requested additional monetary damages of an unspecified amount for the baseball team’s “willful violations” of the copyright agreement for the Phanatic, according to court documents. The designers amended their countersuit this week in the Southern District of New York, seeking damages including the profits the Phillies made from the Phanatic during the 2020 season.

H/E sent the Phillies a letter in 2018 claiming it could terminate the 1984 agreement and negotiate a new one, or else the Phillies would not be able to “continue to use the Phillie Phanatic after June 15, 2020.” The Phillies made changes to the Phanatic costume earlier this year and used the modified mascot throughout the pandemic-shortened 2020 season, which ended last weekend after the team was swept by the Tampa Bay Rays.

“In other words,” H/E wrote in the amended lawsuit, “the Phillies are continuing to profit off H/E’s creative work for free and without any legal right to do so, and without paying for the lawful exploitation of H/E’s intellectual property. The Phillies’ organization is effectively stealing H/E’s intellectual property and trying to get away with it.”

“The proposed amendment ignores the fact that Harrison and Erickson have been paid over $1 million by the Phillies for exclusive rights to their drawings and costumes, so the notion that the Phillies are ‘stealing’ anything is as false as it is offensive,” the Phillies said in a statement. “During these difficult times, it is particularly deplorable that Harrison/Erickson would try to deprive Phillies fans of the joy and humor their beloved icon brings to the otherwise empty stands.”