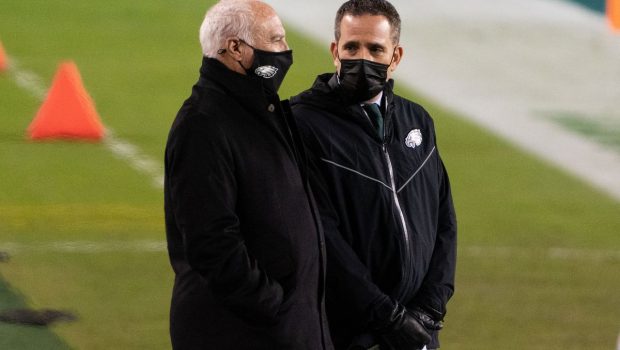 DO EAGLES LURIE AND HOWIE NOT KNOW WE KNOW THEY’RE LYING?

The Eagles face a make-or-break draft with 11 picks nine nights from now.

They might be able to re-set a franchise that has spiraled into irrelevance.

But no matter what they do on April 29, count on one thing.

They’ll lie to you.

Click for what Marcus Hayes says in the Inky: