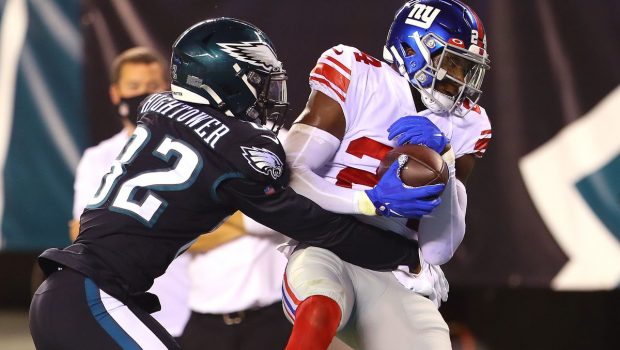 DO EAGLES HAVE ENOUGH MONEY LEFT FOR CB JAMES BRADBERRY?

The Chiefs, Colts, and Texans were all linked to him at one time or another, but all have since signed other corners and/or drafted corners in the first round.

Bradberry turns 29 in August but is coming off a solid season and is a candidate to get a real contract even despite the late release.

The Giants will free up $10.1 million in cap space to allow them to sign their rookie

Obviously wasn't much trade interest in James Bradberry, but I'd expect a stronger market to materialize now. Eagles, Chiefs, Raiders, Bengals and Steelers stick out as potential landing spots.