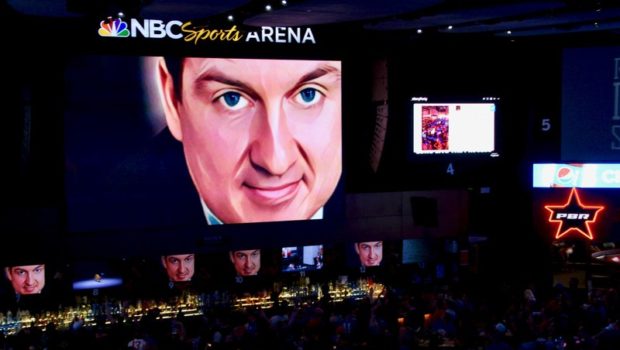 DISTRUST THE PROCESS! WHY EX-SIXER GM SAM HINKIE WILL NEVER GET ANOTHER NBA JOB!

So says anonymous NBA execs interviewed by the Bleacher Report:

What Sam Hinkie is not devoting much of his cerebral cortex to is finding a way back to running an NBA franchise. He would not be opposed to a reprise of his innovative turn as president and general manager of the Sixers, the franchise he resolutely drove toward the bottom of the standings for three consecutive seasons to collect as many high-value future draft picks as he could to select The Next Superstar. Or three.

It just isn’t a priority. Neither is sharing his thoughts about how his grand experiment with the Sixers has evolved without him or, on the record, much of anything else involving the NBA. Even a mere snapshot of his current existence is likely more than he would prefer after agreeing to meet for lunch.

Other NBA executives, however, were more than happy to share their thoughts about Hinkie’s work with the 76ers and whether it should be judged a success. A number of them huddled while scouting the Phil Knight Invitational in Portland, Oregon, in November to debate the pros and cons of what Hinkie wrought.

While the views varied, they agreed on one thing: The health of Joel Embiid, the transcendent big man and first and only All-Star produced by Hinkie’s hoarding of both Ls and draft picks, is critical to The Process reaching The Fulfillment: