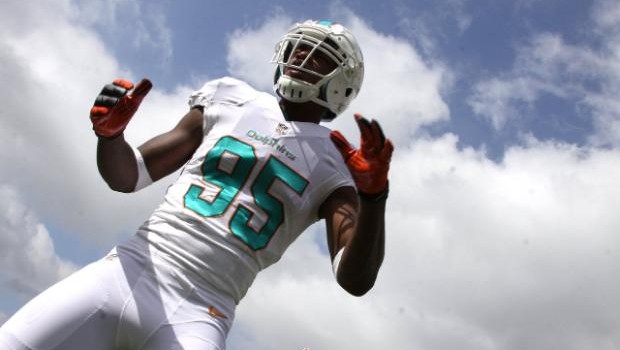 It looks like the rumors that Eagles coach Chip Kelly was hot for Dolphin linebacker will evaporate faster than you can say:

Dolphins defensive end Dion Jordan, the No. 3 overall selection two years ago, will be suspended for the 2015 regular season after a positive substance-abuse test, ESPN’s Adam Schefter reported Tuesday.

According to Schefter, Jordan’s positive test stems from a diluted test sample, and he is not appealing the ban. The defensive end served a four-game suspension in 2014 for violating the NFL’s substance-abuse policy.

Furthermore, ESPN reports the latest positive test has scuttled a potential trade between the Dolphins and Eagles for Jordan, who played collegiately at Oregon under now-Philly coach Chip Kelly.

The 25-year-old Jordan hasn’t had much of an impact in his first two NFL seasons, notching just three sacks in 26 regular season games. And now, he has suffered a significant setback.