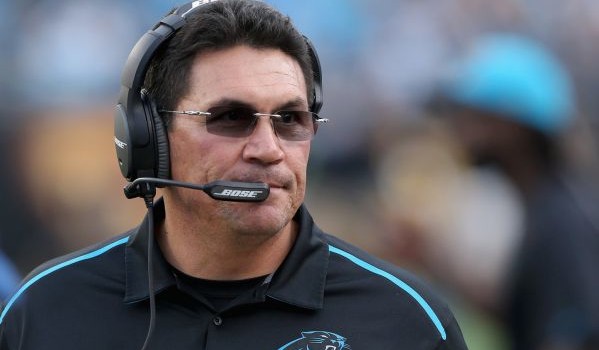 The 24-10 Super Bowl loss to the Denver Broncos had begun to sink in, and someone in Carolina Panthers’ coach Ron Rivera’s ear questioned whether critics might chop down an entire season of growth over one night of failure.

“That’s baloney,” Rivera (above) said matter-of-factly. “If someone expects to take it from us, they’re going to have to fight me for it.”

He’d say it again before heading to the bus, that he’s ready to fight for what Carolina accomplished this season. And that’s probably a good thing on a night like this, when shoulders sagged in disappointment and the locker room exit looked more like an evacuation zone.

Going 17-1 and entering Sunday as a favorite, this was undoubtedly the toughest loss to take. But it happened. And now Rivera and the Panthers will have to square up and fight. The same way the Broncos did two years ago, when the Seattle Seahawks dismantled the franchise on the biggest stage.