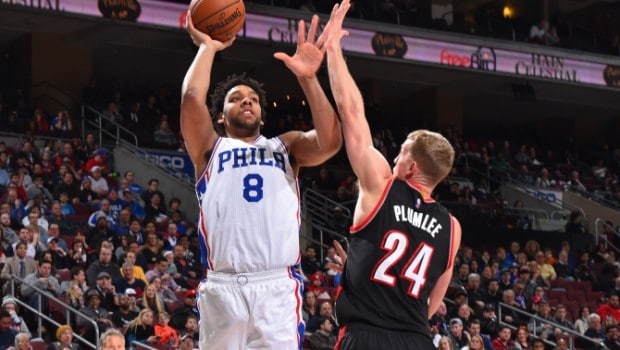 DID SIXERS ALMOST TRADE JAHLIL OKAFOR TO THE CELTICS?

Did anybody else find it strange that Sixers GM Sam Hinkie addressed the media yesterday?

I mean he has rarely come out of his process-driven shell, even to address issues like Jahlil Okafor’s near-meltdown last fall.

So Hinkie addressed the media yesterday to update us on Joel Embiid’s progress (that was nice of him) and to report that the Sixers didn’t come close to any major deals at Thursday’s trade deadline.

Then came this report from Boston in which Celtics’ boss Danny Ainge begs to differ — with details!

Steve Bulpett of the Boston Herald reports that a deal was almost made with the Sixers for Jahlil Okafor:

Danny Ainge spent the last several days trying to get the kind of magnetic player needed to lift the Celtics from the NBA’s middle earth. While a league source has indicated the late target Ainge has referred to in radio interviews was Philadelphia’s Jahlil Okafor, Ainge has turned silent on the matter.

In an interview with WBZ NewsRadio’s Adam Kaufman on Friday, Celtics president of basketball operations Danny Ainge revealed Boston came “very close” to making a blockbuster deal that would have involved the team moving the Brooklyn Nets’ 2016 first-round pick.