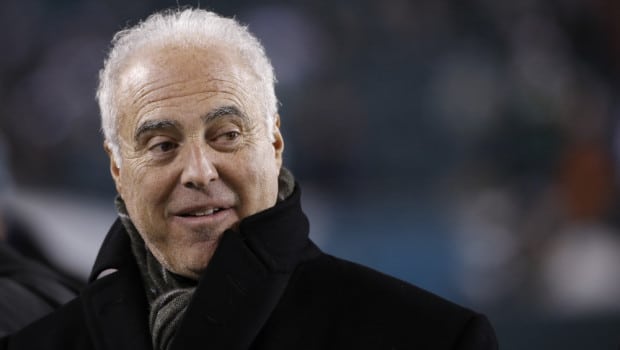 DID LURIE SACK EAGLES’ KELLY BECAUSE OF HUBRIS? REALLY, JEFF!?

Here’s a small sample of what some in the national media have written about Chip Kelly’s sacking last night:

While most head coaches don’t get fired with a 26-21 record and a pair of 10-win seasons, most coaches don’t have the hubris of Chip Kelly. And that is probably the main reason that the Philadelphia Eagles canned Kelly on Tuesday, a week ahead of “Black Monday.”

Be careful of what you wish for.

Three years ago about this time of year, Kelly was such a hot thing on the coaching circuit – you’d think he was Paul Brown and Jimmy Johnson rolled into one – that Lurie went after him twice to get him to leave the University of Oregon and revolutionize the NFL with his fast and furious offense.

Now Kelly’s package, at least in the City of Brotherly Love, is nothing more than a hot mess.

Owner Jeffrey Lurie was paying Kelly $6.5 million per season to field the best possible team and deal with difficult situations. But too often Kelly’s solution was to simply get rid of the players who presented problems. In a vacuum, none of those decisions doomed the Eagles. But with Kelly, the process often left a lot to be desired.

His offense didn’t work in the NFL and he refused to adapt. (His offense played at a breakneck Madden-like speed, something that wasn’t sustainable to a defense that was horrible anyway.) His two biggest failings were his inability to figure out which players would fit in his own system and then his inability to adapt to the players he did have. The whole thing was bizarre: Kelly was shopping for players in a system he lives and breathes and still came back with the wrong groceries. And that’s what did Kelly in. Serving, and failing, as the general manager made it impossible for him to stay in Philadelphia. You can’t stuff the genie back in the bottle and the only move to make in 2016 was to strip Kelly of his GM duties. If you had to make an early guess, that may have been something he wasn’t willing to do.

— Chris Chase, For the Win

They tried to tell you all. But you were too busy timing the seconds between snaps.

The exiled Eagles either said out loud or subtly hinted: That’s your savior — Chip Kelly? You’ve been had. Hoodwinked. Bamboozled. The emperor had no clothes. Never mind that … why is he emperor in the first place?