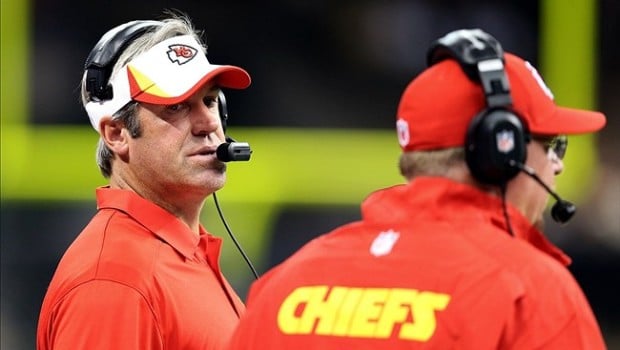 DID EAGLES BREAK NFL RULES BY NAMING PEDERSON AS COACH?

The Eagles stunned the NFL and disappointed Eagles Nation by naming Doug Pederson to be their new head coach, replacing Chip Kelly.

It’s a gutsy move, but the Eagles could be in violation of league rules regarding the hiring of an assistant whose current team has not yet ended its season.

“No contract shall be executed, and no agreement to execute a contract, or an announcement of a contract or of an agreement for employment, shall be permitted until after the conclusion of the employer club’s playing season,” the relevant policy states.

So either the Eagles have violated the rule by agreeing to strike an agreement with Pederson, or the Eagles simply assume that Pederson will eventually agree to terms. Which gives Pederson plenty of power, if he chooses to use it.

The Eagles surely trust that Pederson won’t, for example, ask for more money or otherwise renege on the deal they weren’t allowed to do. The rule itself is ridiculous; teams should be allowed to reach an agreement that won’t be effective until the new coach’s current season ends.

But until the league changes the rule, that’s the rule. So the league either needs to change the rule or enforce its current terms as zealously as it enforces other rules.