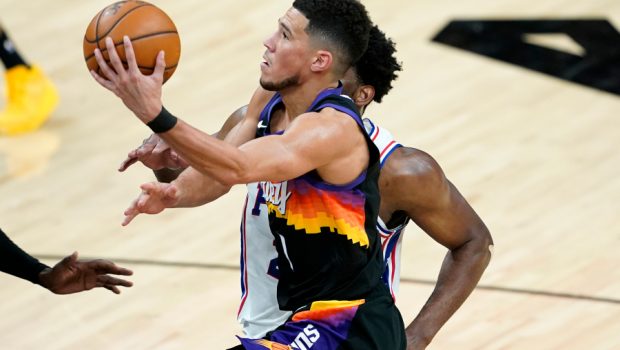 DEVIN BOOKER AND THE RISING SUNS TAKE SIXERS TO SCHOOL!

Joel Embiid had 35 points on 12-of-23 shooting for the Sixers, who have lost two in a row but still hold the top spot in the Eastern Conference at 18-9. Ben Simmons and Tobias Harris both added 18 points.

The game was tied at 53 at the half, and then Booker when he scored 16 points in the third to give Phoenix an 86-81 lead.

The 76ers’ offense wasn’t great down the stretch but the real problem was defense. Phoenix shot 60.8% from the field and got 49 points from the bench.

“We know we’re not going to stop teams every possession, teams are going to score, but we’ve got to make it tough,” Simmons said.