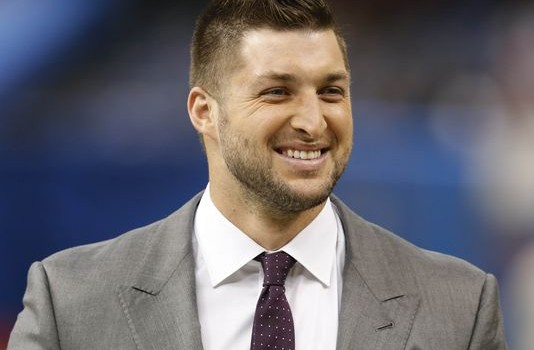 How desperate was Tim Tebow to get another chance to play quarterback in the NFL?

So desperate that his Eagles contract includes no guaranteed money:

It’s a one-year, $660,000 deal that comes without a signing bonus or other guaranteed money.

The $660,000 base salary — due in weekly installments of $38,824 during the regular season as long as Tebow’s on the team — is the minimum for a three-year veteran, which he is.

If Tebow is cut before the season, the Eagles owe him nothing other than standard stipends, including $195 for each day participating in offseason workouts and $1,800 a week in training camp.

The pact includes an injury split that would reduce Tebow’s salary to $388,000 if he lands on injured reserve.

Tebow, 27, last played with the New York Jets in 2012 and was in training camp in 2013 with the New England Patriots, who gave him no guarantees on a two-year deal that June and cut him less than three months later.

The quarterback’s rookie contract with the Denver Broncos, who drafted him in the first round (25th overall) in 2010, included $8.45 million guaranteed.

Tebow is competing for a backup role behind new Eagles starter Sam Bradford and presumed No. 2 Mark Sanchez.