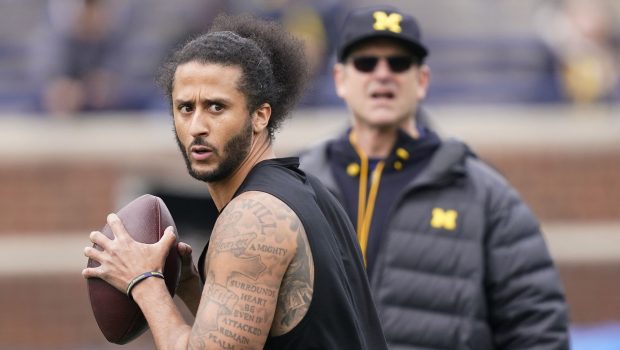 After his throwing exhibition on Saturday, Colin Kaepernick indicated that he’s willing to accept a backup QB job in the NFL.

Kaepernick is looking for any NFL opportunity and offered to meet with teams and conduct private workouts.

Now 34 years old, and having last taken a snap in 2016, Kaepernick’s only realistic path back into the league is as a backup.

A backup job remains unlikely, however.

NFL teams have been completely unwilling to put Kaepernick on their payroll following his protest against racial injustice and police violence.