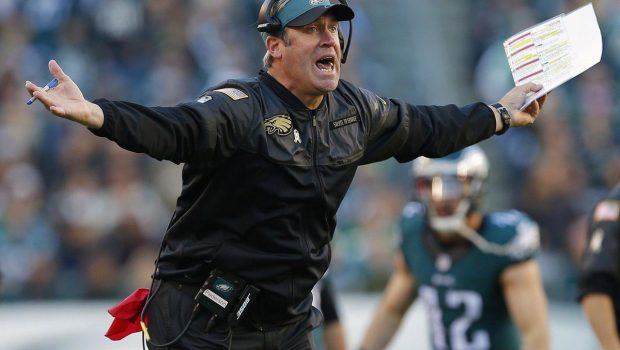 In Vegas, the smart guys says Eagles coach Doug Pederson is 9-1 to be the next NFL. coach fired.

And after a Monday spent making his case on radio and Zoom, Pederson sounded desperate to prove the sports books wrong as he appealed to owner Jeff Lurie.

Later, in his Zoom news conference with the media, Pederson pointed to the fact that the Eagles have made the playoffs three times in five seasons, including a Super Bowl victory three seasons ago.

“I know exactly how to get things fixed,” Pederson said. “We’ve won a lot of games around here. We’ve gone to the postseason in three out of the five years I’ve been here, (won) a championship and all that. I’ve seen it, I’ve done it. That’s where my confidence lies.”

But the Eagles have regressed each season since that Super Bowl and will miss the playoffs this season. They’re 4-10-1 following their 37-17 loss to the Dallas Cowboys on Sunday.

The Eagles will close out their season against the Washington Football Team on Sunday night.

“It’s very disheartening,” Pederson sad. “I just sit here today and have to apologize to the fans. This is not what we expected. It’s not what I expected back in training camp and the early part of the season.”

Of course, the plethora of injuries has become a yearly occurrence for the Eagles, something Pederson made a point to acknowledge in defending his record. The Eagles, by the way, are 22-26-1 since the Super Bowl season.

“You look at our team (against Dallas), and there are so many new faces out there, so many players out there playing,” he said. “It’s been that way the last couple of seasons. That’s the part that’s the most challenging to deal with.”

When asked why the Eagles have dealt with so many injuries, Pederson replied: “Football is a rough sport, man.”

But if Pederson is going to be a part of the Eagles’ solution, then he and management have to address the quarterback position. Pederson said rookie Jalen Hurts will finish out the season against Washington and Carson Wentz will sit out for the fourth consecutive game.

Hurts threw for 342 yards against Dallas, his second consecutive week topping 300 yards. But Hurts turned the ball over three times – all in the fourth quarter – with two interceptions and a lost fumble.

As for the future at the position, Pederson said: “We’re not there yet as far as answering all those questions. Things can obviously change. We’ll answer that at a different time.”

There are several different scenarios at quarterback.

The Eagles can hold a competition between Hurts and Wentz for the starting job in the spring practices and training camp.

There’s also the possibility of trading one of them. That could be the case especially if the Eagles are drafting high enough. It’s possible they could end up as high as No. 3 in the first round or as low as No. 10. They’re currently at No. 6.

If they’re in the top five, they could draft someone like Ohio State quarterback Justin Fields or BYU’s Zach Wilson. That’s assuming Clemson’s Trevor Lawrence goes first or second to either the Jacksonville Jaguars or New York Jets, respectively.

Injuries were also a factor at wide receiver, the secondary and at other positions. But so was poor play.

“I would say we have the pieces,” Pederson said. “We have the makings of a foundation of getting things back on track. Let’s add some new pieces to it – the draft picks, the free agents – and have an offseason, have a training camp and develop all of this, and then go play again next season.”

Pederson was then asked if he wants a bigger say in personnel decisions. That has always been the domain of general manager Howie Roseman since Pederson became the head coach in 2016. And here, Pederson kind of answered it both ways.

Then he added: “I don’t necessarily want to cross that line because it takes you away from doing your job as the head football coach. And I like being on the football side of things as a former football player, and obviously now as a coach that’s where my passion lies.”