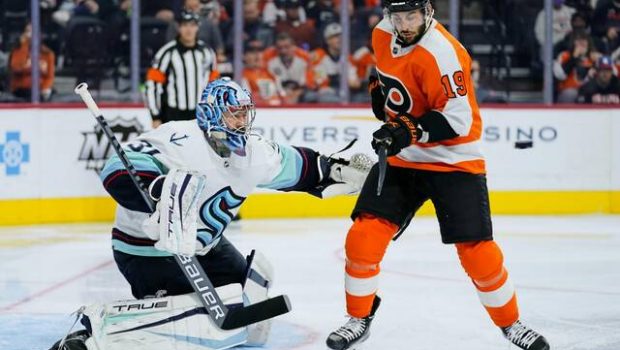 Buried in the wreckage of last night’s 4-0 Flyers loss in Tampa Bay was another casualty.

The last time the Flyers played the Lightning, Brassard assisted on two of the three goals. He also scored the only two goals for the Flyers in their last game, a 5-2 loss to the Boston Bruins.

“Brass is a huge part of our team for sure,” goalie Carter Hart said. “It’s unfortunate. I hope he’s OK, and I hope he can play [Wednesday at the Florida Panthers]. But we just need guys to step up and fill in for his role.”