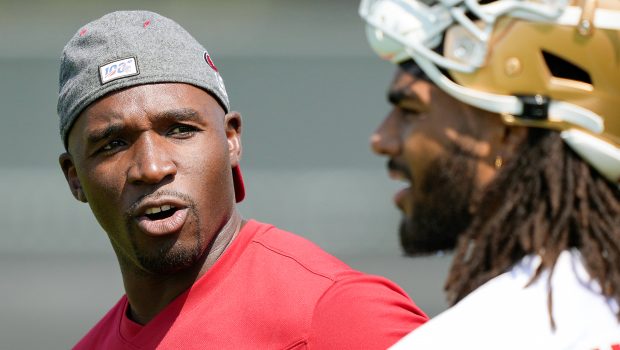 DEMECO RYANS TOO BUSY SCHEMING EAGLES, NO TIME FOR PANTHERS!

ESPN’s Nick Wagoner reports 49ers DC DeMeco Ryans will not interview for the Panthers’ head coaching vacancy after the two sides were unable to arrange a time for an interview.

The Panthers are officially on to their second round of coaching interviews.

Unfortunately for them, it won’t include Ryans, as the two sides were unable to schedule an interview during the open window period last week.

Ryans has arguably been the most coveted head coaching candidate on the market this offseason, but he and the 49ers are also in the middle of a playoff run.

With limited time to speak to prospective teams due to league rules, the 49ers’ defensive coordinator has only met with the Broncos and Texans thus far but is also expected to meet with the Colts and Cardinals.